Musings on the First CFE Report – The Good, The Bad and The Ugly | Part 2: The Good 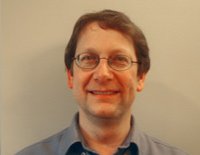 Let's take a look at The Good from the 2015 CFE, which is part two in our four-part series. For part one, click here. For part three, click here. For part four, click here.
In no particular order, we think the following points work to a candidate's advantage under the new system.  After considerable confusion and uncertainty about what the first CFE would be like, we now our first CFE Report. Let's take a minute to appreciate some of the better changes.  Here goes:

1)     Day 2: The Comp – Lack of Integration and Testing Fewer Competencies

No question, the comp has less integration than it used to have.  This is a result of testing fewer competencies, now just 2 as compared to 4-6 historically.  Also, candidates enter the second day of the comp knowing they are not going to be tested on the competencies they do not choose for their role (besides the common competency of financial accounting or management accounting).  For example, if you choose assurance as your depth area, forget about tax, finance and performance management coming up!  (Small caveat - it is possible in a depth area for their to be more then one competency tested, but how much tax, for example, will come up in an audit context??  You get the point!  Not a big deal.)

Wow!  Compared to the previous UFEs, there are way more Assessment Opportunities (formerly Primary Indicators) than there used to be.  For example, in 2015, the comp had 5 common financial accounting AOs and 7 or 8 AOs in each depth area.  In Day 3, each multi had 7 or 8 AOs.  Is this good or bad?  The real answer is both.  Let's focus now on "the good", which is thatmissing one AO is not as serious when you have so many.  Also, some AOs are pretty short and don't have much depth, which makes scoring "competent" easier.

Check out the tax issues on Day 3.  There is no question they are not as complicated or involved as they were previously on the UFE.  Why, you ask?  Simple, if you don't choose tax on Day 2 as your depth level, then you only get tested at the core level on Day 3, which is a lot lower.  So, you can now expect easier tax issues on Day 3, as long as you don't choose tax on Day 2.  Obviously, if you like tax, go crazy on Day 2 and choose tax as your depth area, but for most candidates, the drop in the tax level will be appreciated.

A nice benefit for everyone, especially slow readers, is the effort being made by the CFE Board to eliminate the time constraint on the Day 2 comp.  Sure, it is still long and depending on one's depth area, especially when there are a lot of quants, i.e. tax, finance, it will feel time constrained.  But the reality is that there should be more time to look things up in the Handbook and formulate a well planned response.

Kudos to the CFE Board for putting out a nicely summarized table by competency, showing the passing stats by category and even adding up C+CD ("Competent" + "Competent with Distinction").  These stats really drive home how candidates did on each question.

Double Kudos to the CFE Board for putting out this excellent Appendix.  We love the fact that the Board has gone back to the long forgotten practice of ranking each Simulation for its' level of difficulty, i.e. average or above average etc.  (Although, in 2015, both the Day 2 comp and the Day 3 questions were all ranked as "Average".  We're sure this will vary down the road).

But more significantly, in this Appendix the Board describes in good detail what candidates had to do in each Assessment Opportunity, which is a very nice summary.  Candidates should pay particular attention to these summaries when studying each question.

This may be small consolation to those who are unsuccessful, but we think it is still a positive development that Day 1 is marked totally separate from Day 2 and 3, which means you can pass Day 1 and fail Day 2/3 and vice versa.  At least this means on a go ahead basis, if you pass one of the two parts, you don't have to rewrite everything.  Not the biggest advantage, but somewhat of a benefit for those who pass one of the parts.

2)     Tax Depth – It would not be surprising if the tax level goes up a bit on Day 3.  Notwithstanding the above comments on why Day 3 tax will have to be at a lower level than Day 2, there is a possibility that Day 3 tax will be somewhat more complex in future years.  Tax could quite easily be  made more challenging without testing anything beyond the core level.  Remember - just like you, the Board is learning/experimenting as they go....

Stay tuned for next Friday's Musings on the CFE - The Bad.  Until then, happy studying!